As you might have already experienced, people ask all types of questions when you are out in public with your twins. 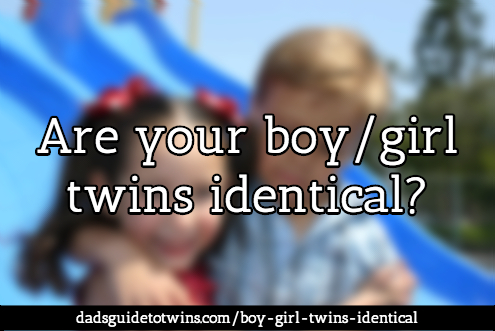 One frequent question for parents of twins is, “Are they identical?” This is particularly awkward when you have boy/girl twins.

Isn’t it obvious that your twins are different genders? Or are people just oblivious to that which is so plain to see?

Babies All Look the Same

When your twins are infants, they each look just like a generic “baby” to others. Twins that are all swaddled up and wrapped in blankets make it hard to distinguish boy and girl features.

Since random strangers aren’t changing your twins’ diapers, it might not be obvious to them at first glance that you’ve got boy/girl twins.

If you give people the benefit of the doubt that they are just confused and they can’t actually tell the genders of your babies, it might take the sting out of their question.

Most People Don’t Know About Twins

The reality is that many people don’t understand the differences between identical and fraternal twins. Unless they have twins in their family or close friends that are twins, they might just associate “twins” with “identical”.

The questioner might actually be thinking, “Aren’t all twins identical?” Well, no. Not really. Come change my son’s diaper and then my daughter’s diaper and ask me that question again.

Identical twins develop from a single fertilized egg (or zygote). This contains either male (XY) or female (XX) sex chromosomes and will result in same-gender twins. Fraternal twins, like a boy/girl pair, form from two different eggs fertilized by two different sperm, each with its own set of sex chromosomes. Fraternal twins can be boy/girl, two girls, or two boys. So no, your boy/girl twins are not identical.

There is an extremely rare case that can happen where the zygote splits to form identical twins but one of the pair doesn’t get both sex chromosomes. Thus you’d have one girl with Turner Syndrome, a genetic disorder where she has just one X chromosome. This results in short stature and lack of proper reproductive organ development. Since this is very rare, you’d already know if your daughter has Turner Syndrome.

Answering the “Are they identical?” Question

Possible retorts to the question “Are they identical?” include:

“Yes, yes they are.” – this ends the discussion and you move on with life. This is particularly effective with strangers at the supermarket who are just trying to make small talk and you’ll never see them again.

“Actually, we’ve got a boy and a girl” – This doesn’t clear up the mystery of what an identical twin is in the mind of the inquisitor. However, it is a good way to end the conversation.

“No.” – This is a fair answer and if you’re up to continuing the discussion, this will generally draw out further questioning.

How to Prevent This Question

If this question really gets on your nerves, you can prevent it.

Option 1: don’t leave the house. OK, that might not be realistic long-term even though it is the reality in the early months with twins.

Option 2: Dress your twins differently. Dress them in stereotypical boy and girl clothes. Yes, pinks and purples look great on little girls and makes it obvious they are such. Boys in blue or a Bob the Builder outfit clearly screams “Hey, I’m a boy.”

How have you responded to this question? Leave a comment and let us know what has worked for you or a snarky remark that gave you great satisfaction in delivering to an unsuspecting stranger. 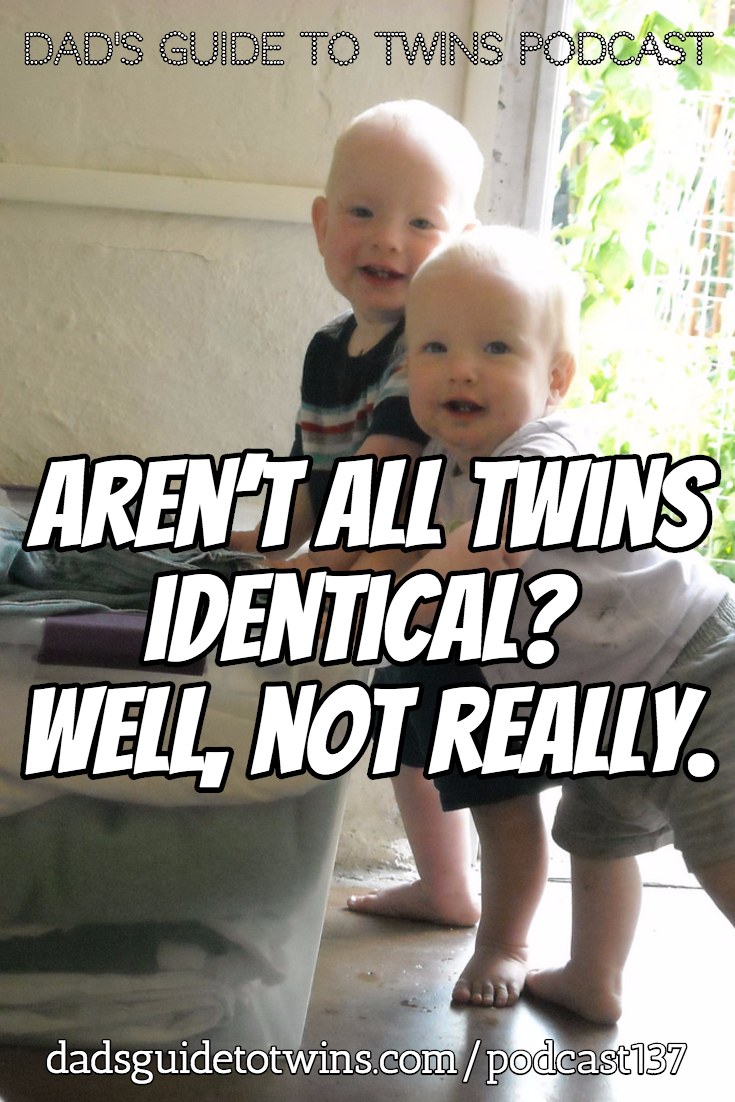 18 thoughts on “Are your (boy/girl) twins identical?”