A mother wrote in and said, we’re expecting twins and we already have a 10-year-old and a 7-year-old. We have lots of activities going on. Can we still make those activities work? 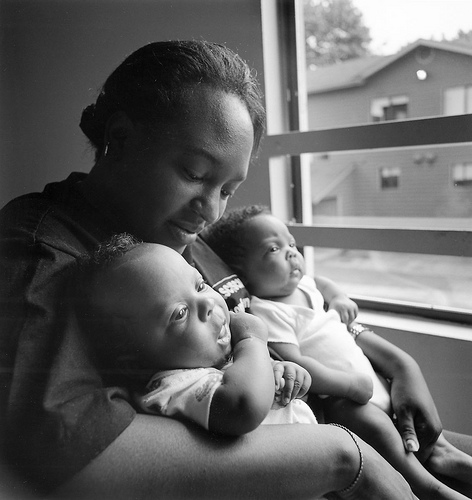 Maintaining an Activity Schedule with Twins

Remember that the first year of twins is a total blur. When our twins were born, and especially during that first year, we did not do a lot of things that we typically did during our life before twins. Remember that life will not be the same with twins. Your schedule will be turned upside down. Things are going to be harder to do, you’re going to run out of time, and of course you’re going to be exhausted from lack of sleep during the night of those early months. So you are going to have to give stuff up, and change your expectations.

Not only as a parent, and you may need to communicate that to your older children, especially since your kids are a little older, at 10 and 7, they should be old enough to understand that babies are going to require a lot of work, and you will be involved in the children and their care, and so they may not be able to have everything they had before, at least for a season. Now kids, especially when the babies come home, are going to be jealous that they’re losing their time and attention that they used to have. If you can promise kind of a light at the end of the tunnel to help make this transition easier for them, that will help.

Committed to Making it Work

Even though juggling the schedules is going to be a challenge, it is possible if you’re committed to maintaining older kids’ activities.

If you want to maintain the schedule you have with your other kids, especially since they have a lot of activities, you’re likely going to have to take the twins with you. Now, we took our double stroller with our twins to lots of places — lots of places we didn’t even think were possible, like on hiking trails and aquatic locations. Alternatively, you can divide and conquer with your husband. There are many occasions where I split up duties with my wife, where I would take some kids in a certain direction, and she would take kids in another direction.