This question comes to us from Robert. He says, “We have been hearing a lot about these Diaper Genies. Some people say they’re a life-saver, and some say they’re a complete waste of money. What are your thoughts on these? Did you have two of them, or just was it easier to keep a separate garbage can for all the diapers that you use and go through?” 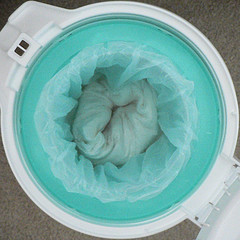 One Diaper Pail for Twins

We did have a Diaper Genie for our twins, and it served us very well. As we’ve talked about in previous podcasts, your twins will go through a ton of diapers. Even though that is the case, we still had only one Diaper Genie for our twins. Because we had only one, it filled up fairly quickly, especially in those early days when you’re going through 10 diapers per newborn per day. 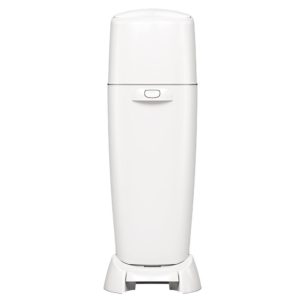 What the Diaper Genie does very well is to keep the smells contained. If you just have an open trash can in the bedroom or wherever you’re changing your baby’s diapers, it starts to smell pretty quickly and pretty bad. Having a Diaper Genie keeps all that enclosed and keeps the smells contained, and so you don’t have to keep taking the garbage out after every diaper. You can save until it’s full and then take that out to the trash.

Keep in mind that with a Diaper Genie, you’ll need to buy refills, and those costs can add up. If you’re going to get one for, let’s say, a baby shower or as a gift from friends or family, try to ask them for refill bags as well. That’ll save you money downstream.

6 thoughts on “Diaper Genies for Twins”