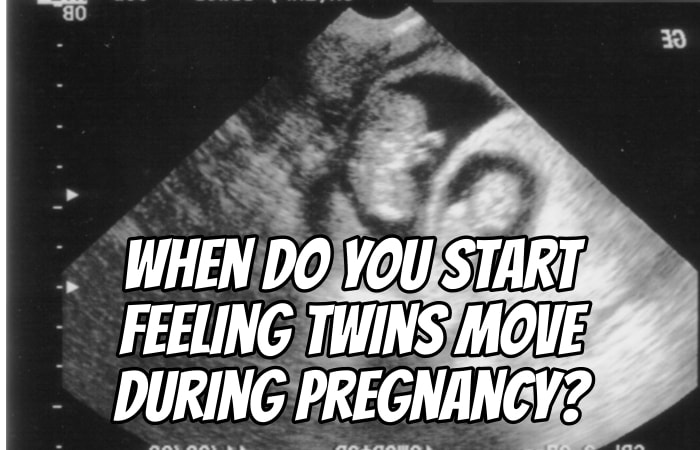 When you are expecting twins, you’ll start to wonder, “When do you start feeling twins move during pregnancy?”

Every Pregnancy is Different

The size of the babies, where they’re situated in the uterus, and the location of the placentas all impact when you can feel the babies. The placentas, for example, can be a buffer between the baby and the outside world.

When you go to see ultrasounds of your twins, you’ll see the babies bouncing around all over the place and you’ll wonder why you don’t feel anything or why does mom not feel anything? They look so active!

Mom will start to feel flutters from the twins around 15 to 16 weeks and for sure around 20 weeks to 24 weeks.

As dad on the outside looking in, you’re not going to feel them for several weeks later after that fact. Somewhere between 22 to 26 weeks along in the twin pregnancy, you should start to feel them from the outside.

According to Dr. Robyn Horsager-Boehrer, M.D., there are several factors that determine if you’re able to feel fetal movement. If there is a large “amount of fluid around the baby” this cushion may muffle the feelings of movement. Additionally, Dr. Horsager-Boehrer says that “large women sometimes don’t feel their baby move as early as other women.”

I know I loved to see and feel the movements of our twins on my wife’s belly. However, you don’t always get that dramatic combination of seeing a kick or a punch through your wife’s belly and also feeling that movement on her belly.

Be patient because before you know it, mom is going to be complaining of all the intense movement and the dancing and kicking and punching that’s going on inside her.

And then, dad, you’ll definitely be able to feel it from the outside.

If mom has not been pregnant before, she may not know what these flutters feel like and they may be a new experience to her. She may mistake them for something else at first before realizing those flutters are, in fact, the twins.

If you’re early on in the journey, be patient, you’ll start feeling twins move during pregnancy before you know it. It will be an exciting milestone!

I talk more about getting through the twin pregnancy and what to expect in my book, the Dad’s Guide to Twins: How to Survive the Twin Pregnancy and Prepare for Your Twins.