I heard a podcast over at Power of Moms Radio that reminded me of something that has helped me as a father immensely: it is just fine to give up. 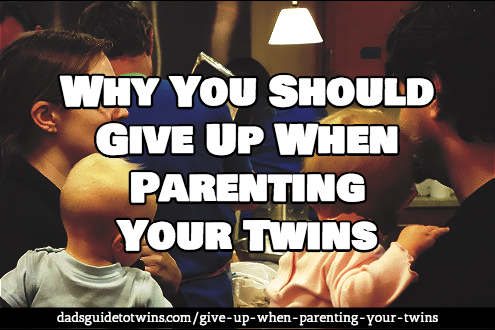 Sometimes we think that giving up or throwing in the towel is a sign of weakness.

We should never give up! We must persevere despite the challenges we face!

However, this isn’t always the case.

In the game of parenting, you can’t be stubborn as a mule and expect to be successful.

It is perfectly fine to quit as a parent. You just can’t quit being a parent.

There is a difference.

You can never surrender your role as a dad in your kids’ lives.

However, you can quit doing things that aren’t working.

When we were planning for our twins’ arrival, my wife and I had decided that she would breastfeed the babies. Since she had successfully breastfed each of our previous boys, this seemed totally possible.

After our girls arrived, we started to hit some snags with breastfeeding.

Yes, there were challenges in getting the girls to latch on and feed well.

However, the surprising difficulty wasn’t with the girls, but rather with their toddler brothers.

You see, with two active toddlers running around the house, it became nearly impossible for my wife to focus on feeding the babies. 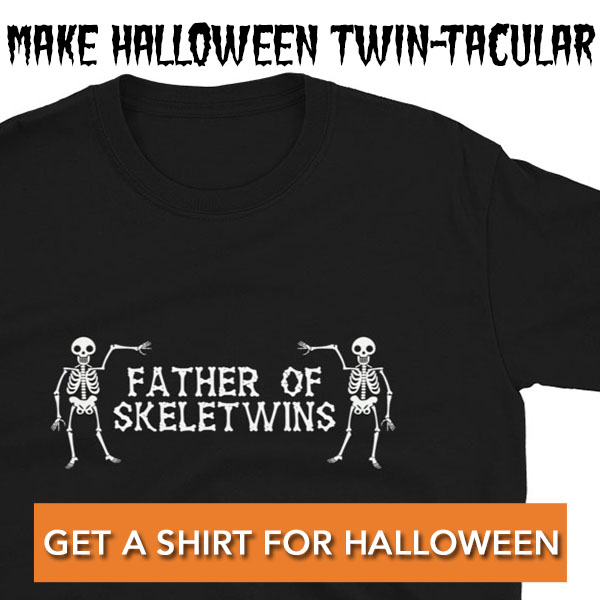 So what did we do?

We switched from breastfeeding to bottle-feeding formula to our girls.

The logistics of bottle feeding were easier (once we mastered single-handedly bottle feeding twins) and the bonus was that it gave me as the dad a more active role in feeding time.

Was quitting breastfeeding a failure? No. We abandoned what wasn’t working for our family in favor of something that did work.

When We Quit (Again)

A few years later it was time for our twin girls to potty train.

As with many parents, we didn’t really look forward to this ordeal. However, we picked a date, made our plan, and began the training. 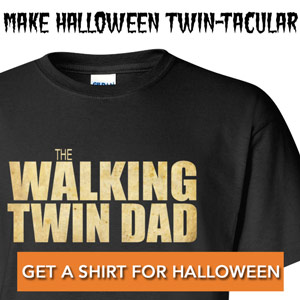 Each girl mastered the basics of using the potty. Success! Right?

After just a few days, one of our girls parked her heels and decided that she didn’t want to potty train.

She wanted to wear diapers. End of story.

So what did we do?

We quit potty training that girl.

We focused our attention and training on her sister. We put our energy into helping the girl that wanted to potty train.

We poured out praise and rewards upon the potty training daughter.

The other sister came around and changed her mind.

She wanted the positive praise and attention that her potty training sister received.

Positive parenting for the win!

Quitting may mean pausing an activity for a season. When you come back to that method or activity, you just might have success.

Other times, you just need to abandon what isn’t working and press ahead with something else.

The key here is to be willing to quit. Be willing to change direction and focus on what is working.

This will require that you try different things and see what works.

What is something that you had to quit while parenting your twins? What did you find that worked? Share with us in the comments.