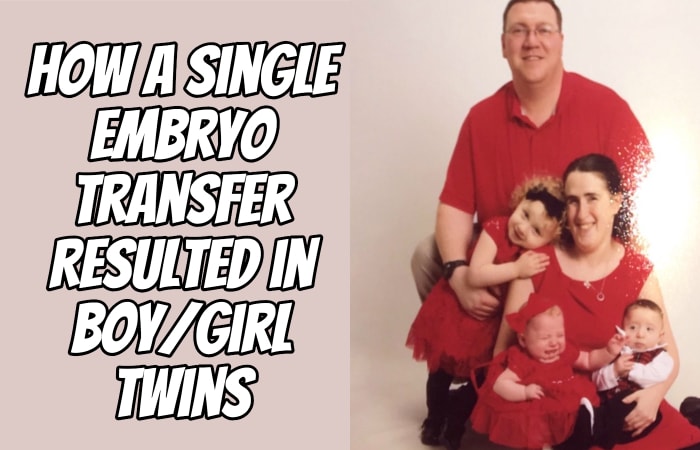 During the summer of 2016, we decided to try for one more baby.

We already had our beautiful little girl from our second round of IVF so we figured a two year age gap would be perfect.

We did a frozen embryo transfer from the same batch as our daughter with no success.

We waited a few months and in November of 2016, we started another frozen embryo transfer.

At our clinic, they have you do a trigger shot to trigger ovulation.

They forgot to tell us to behave after that shot.

We didn’t think anything about it and two days after taking the injection we took advantage of some alone time.

Two weeks later we had a single embryo transfer.

One week after that I took a test and there it was: that magical little line.

My husband thought I was nuts, but I took one again the next day and it was even darker.

I called my nurse and she allowed me to come in a day early to test. She emailed me later that day to say that I was indeed pregnant and that my numbers were pretty high.

I told two of my closest friends, one of which teased me saying that we were having twins. I told her to immediately shut up.

Twins from one Embryo

A week later we went in for our first ultrasound and there on the screen were two little circles.

My husband and I were telepathically going ‘No, no I am not seeing what I am seeing!’

Meanwhile, the doctor looked at us and confirmed that “there’s two in there!”

I am pretty sure I screamed, “Oh &$!t!” in the middle of the fertility clinic. I was in such a daze I could not function.

Twins? Seriously? How am I going to handle this? Needless to say, we were terrified!

At that time, we nervous about the possibility of identical twins seeing as they only put one embryo in. Yet when you looked at the ultrasound the sacs were very separate.

Our doctor asked how we convinced her to put two embryos in. We said that we didn’t.

The doctor commented that twins were very separate from each other in the womb.

We told her about our suspicions that we might have made one of them ourselves.

She commented that we would find out once we saw what sexes they were.

Low and behold at 16 weeks we found out that they were boy/girl twins!

Our twins are definitely an example of “be careful what you wish for”. But they are amazing!

My pregnancy was difficult. I ended up on bed rest at 21 weeks and in the hospital for 5 weeks.

Thankfully despite the incompetent cervix, the twins made it to 37+6.

They both weighed 6lbs each and were perfectly healthy.

My son had jaundice but it was minor with nothing to worry about.

Now at 13 months later, he still has few health issues (acid reflux and lactose intolerance) but, thankfully, nothing major.

Things I have learned being a twin parent:

Get them on the same schedule as soon as you can! Now at 13 months, we are getting them to nap and sleep at night at the same time.

Having two or even three of everything helps but does not stop the fighting over toys. Children’s mottos seem to be, “if you have it I want it.”

Ask for and accept help! This twin thing is no joke. It’s ok to ask for help!

If it is possible, try to get your twins to sleep in separate rooms. This way they cannot wake each other up or keep each other up.

They don’t always bond in the way you would expect. Mostly, my two just steal toys from each other.

They are both going to cry and you are just going to have to figure out who needs you the most at the moment. It’s ok. They will be ok to wait a minute. Crying a little will not scar them for life.

If you only have twins and you get them to sleep at the same time then sleep whenever you can. Especially when they are newborns.

Try your best not to compare them. They are two separate people and are going to act as such.

Have fun! Enjoy them. Don’t let them symphony of crying get you down. Those moments will pass.

Enjoy the smiles and giggles and all the fun new things you will all learn along the way. 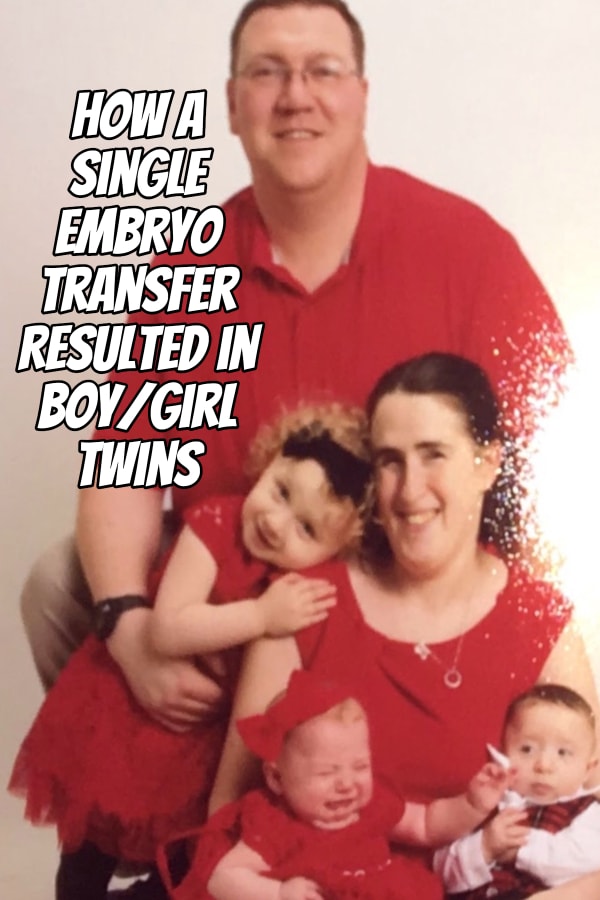