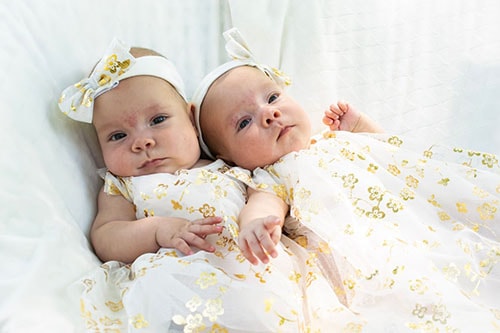 Getting Pregnant with Twins

It took us about 2 years to get pregnant. We went to a terrible OBGYN first, who just threw Clomid at us, and said that should work… Well, it didn’t.

They helped us, but it took a while for the process to happen. My wife had to have a DNC to clear some polyps, but after that, all she needed was a little boost to help her ovulate, then we were able to get pregnant.

I always told my wife we would have twins, even before we were married. So when we went to our first ultrasound at around 8 weeks… and we heard 2 heartbeats… all she could say was “Oh my god” over and over again all night long. I don’t think she believed me:)

Our twins our identical (they decided to split the egg), so they shared a placenta, but they had different sacks. I think the technical term is Monochorionic twins.

At first, everything seemed to be going well… and then things didn’t look like they were going well.

At one of our ultrasounds around 16-17 weeks, they said one of our babies was too small. She had really bad cord flow and wasn’t really growing anymore, also she had almost no fluid around her. They flew us down to California that weekend to go to a specialist.

The specialist said that we had Selective Intrauterine Growth Restriction (sIUGR). The little baby just didn’t get enough of the placenta and her cord was in a bad spot.

There was a lot of talk of options, including terminating the pregnancy, cutting the cord on the smaller one to save the larger baby, or waiting it out and hoping it would correct itself.

When the specialist did a full exam of the placenta he said that our little baby had actually improved since the last ultrasound, from 5% to 27% size-wise and her cord wasn’t as bad.

He suggested that we wait a couple of weeks and hope for the best, but there was only a 30% chance it would resolve favorably for us. That meant there was a 70% chance things would just get worse and we might have to take drastic action or lose both babies.

This was a very tense time for us. We had to do 2 ultrasounds a week. But every time we went… our little Evelyn was just a little bit better. Her cord flow kept improving, her fluid was kept getting bigger, and she was maintaining a size of around 13-15% (in other words, she was still growing).

We read some stuff and got some advice for the mom to drink more water to help with the babies’ fluid levels.

Also when they did the ultrasound on Evelyn, my wife felt where her cord was, and how it was on the side she was normally sleeping on. So she refused to sleep on that side anymore, and always slept on the other side… Maybe this is all just superstitious stuff we did… but Evelyn slowly got better, and we felt like the stuff we were doing was helping.

We also had tons and tons of people praying for us, my family, my work, my wife’s family, and her work… I truly believe we had a little miracle in our lives.

We had lots of other smaller bumps and things in the road (including an overnight hospital stay), but we finally crossed the finish line.

We made it all the way to 33 weeks (well 32 and 5 days). That is when Evelyn was measuring too small again (below 5%) and our OBGYN didn’t want to risk the baby staying in there. So we decided to have a scheduled C-Section.

They came out mostly healthy, with no major problems except that they both needed oxygen.

Of course, we had some normal scares (ups and downs) that happen with preemie babies, but overall their NICU stay was only 1 month. 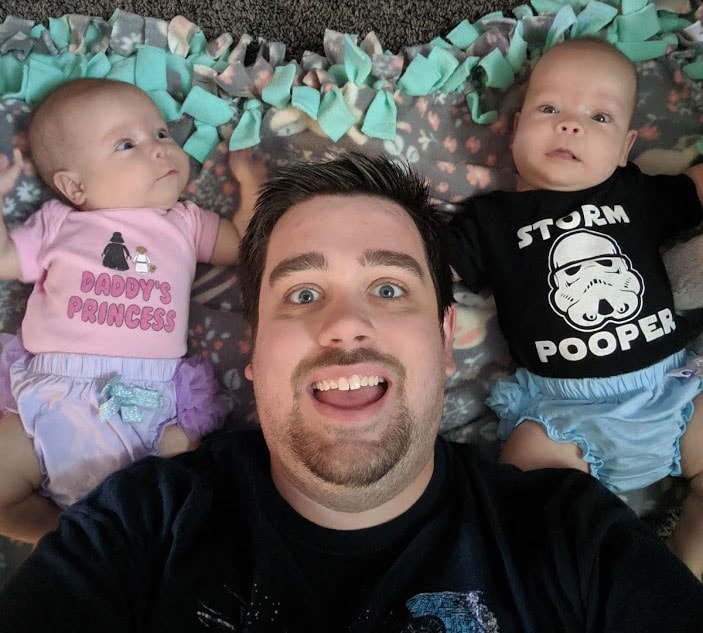 Our Journey to Successfully Breastfeeding the Twins

My wife is currently breastfeeding both our babies 100%. We don’t have to use formula, she makes plenty of milk to feed them and extra to bottle up and use when they are at daycare. My wife and I both work too, and she has to pump several times a day.

My wife and I always had a goal of breastfeeding our babies. With the C-Section and having twins in the NICU… this can prove to be a major hurdle to overcome if you want to do that. So I am going to share some tips on how we accomplished this even though we had all these problems.

First of all… at the beginning, you (as the Dad) should be the one running the show. Moms need help and a lot of it. You need to be there for her 100% to help and encourage her.

She needs to start pumping as soon as possible and keep a good pumping schedule.

The doctors and lactation nurses will go over the exact times and how often to pump. We were pumping around every 2-4 hours, even during the night (babies still need to eat at night).

Since our babies were preemies we couldn’t actually breastfeed them for several weeks, so we were 100% pumping.

How Dad Helped with Breastfeeding

At the beginning, my wife was mostly out of it, as she was on pain drugs, wasn’t feeling good, etc. So I:

We stayed our full stay at the hospital and used that time to really get her milk coming in.

Slowly my wife took over the pumping until now, she does it all by herself, but I can’t emphasize enough how helpful you can be in boosting her confidence, helping her through pumping at the beginning, and just being there for her.

We took a breastfeeding class before the twins were born, this is 100% worth it if you want to breastfeed. We learned a lot at this class, and the thing I found they emphasized over and over and over again is YOU CAN BREASTFEED.

Every woman can breastfeed if she wants too. If you put in the time and work, you WILL make enough to feed your babies. That is what they kept saying over and over again.

I bring this up because there is always that little paranoia, and you as the dad, need to be constantly positive and upbeat. Encourage her and tell her that she can do it. Help her in every way she needs.

By the end of our NICU stay, we were making so much milk, they were sending it home with us. We ended up having a huge grocery bag full of extra milk after they got out of the NICU.

When we did get to start breastfeeding, I was right there next to my wife. Helping her figure out how to latch the baby. The lactation lady taught me some tricks to help encourage the baby to latch on, and I was the one doing helping my wife and babies. I was involved at 100%. They were breastfeeding better than bottle feeding by the end of the NICU stay. 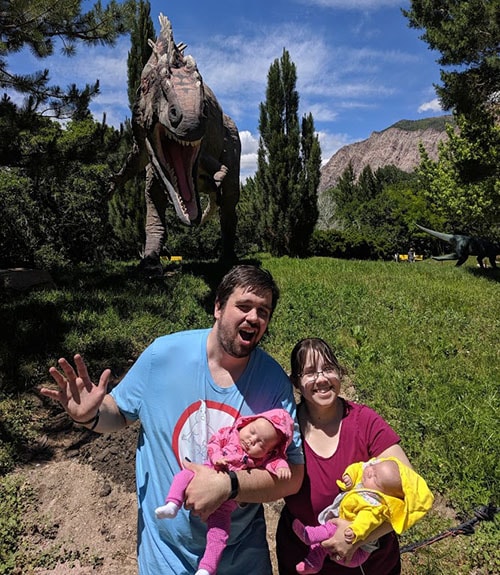 It took us a long time to figure out tandem breastfeeding of the twins … but the sooner your wife can figure it out… the easier it is. She tried several times, but we couldn’t get it working till around 4 months. What finally did it for us was we watched a couple YouTube videos on how to do it. The secret was a flat breastfeeding pillow, then she using blankets to prop their heads up, and has one on each side (football hold).

I am not a doctor, just your average dad… but you should google the benefits of breastfeeding, trust me, it is worth it. Our kids recently got their first cold, only lasted 1-2 nights, and wasn’t that bad. They recovered really quickly, even still slept through the night.

I think in some ways, dads feel like breastfeeding/pumping is only the woman’s job. It isn’t just up to them. You need to be there for them and help them figure it out.

Thanks for reading,
David Richardson