Last month my girls had an open house at school.

It was a standard evening where we could meet the teachers, see their classrooms, and experience what the kids see each day.

While I was walking down the hall with one of my identical twin girls, some other children approached from the other direction.

This caught me off guard and I asked my daughter if that happens all the time. “Yes!” she responded. “They can’t tell us apart.”

Our girls are in different classes at school but still in the same grade so they are surrounded by the same kids throughout the day.

I was curious to see how this identity pattern plays out during the school day so I asked my girls about it. 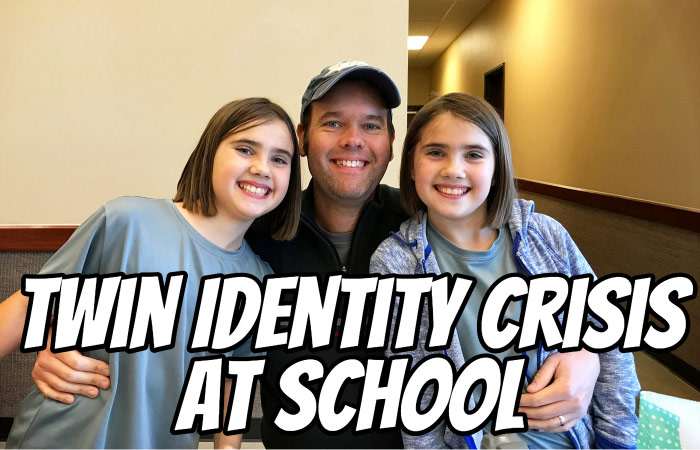 A Day in the Life of a Twin

According to my daughters, when they are in their respective classrooms, everything is fine. To the teacher and classmates, it is very clear who is who.

However, when they venture out into the hall, or while playing at recess, or during lunch, they are constantly mixed up.

I guess I have always taken it for granted that I can tell my twins apart. To us as parents of twins, they just look so different from each other.

When our girls were younger, we dressed them in different color clothes to tell them apart. Then they started to have an opinion about what they wore and that method no longer worked.

Then we tried different hairstyles. One girl had bangs and the other didn’t. This worked for while until once again, each girl wanted a similar haircut.

Now the failsafe way to tell them apart is that one has earrings and the other doesn’t. This wasn’t some genius parenting move by us either. One of our daughters just wanted to get her ears pierced and the other didn’t (and still doesn’t).

Regardless of how we try to help them look distinct from each other, this school year has gotten the best of us.

The school our twins attend uses uniforms so ALL the kids look similar. Combine that with the fact that we have identical twins, and well, no wonder they get mixed up.

When someone at school calls one of our twins the wrong name, our daughters tend to either completely ignore it (as it isn’t their name), or forcefully yell “I’m not [sister’s name]!”

As you can imagine, either reaction isn’t exactly what the classmate was expecting.

In fact, when a teacher calls to one of our girls by the wrong name and our daughter doesn’t respond, the teacher assumes the worst; that our girl is being disrespectful.

We’ve tried to help our girls “train” their friends and classmates to see the differences in them.

Last year, the lunch lady could tell our girls apart by their shoes. Kudos to her for making the effort.

You’ll never change other people’s behavior towards your twins. You can only help coach your twins in how they react and handle other’s comments.

Teach your twins how to respond to others when called by the wrong name.

It could be as simple as “I’m [name]. I have a [freckle, birthmark, pierced ears, longer hair, etc.] and my sister doesn’t.”

The good news is that your twins will become resilient to the constant confusion that swirls around them.

We recently told our girls that they only had about eight more years until they leave home and aren’t always in the same place, surrounded by the same people.

Once away from home and on their own, they will only be known as themselves.

At that point, when they reveal that they have an identical twin sister, people will say “no way! I had no idea.” instead of confusing who is who.

What identity challenges have you had with your twins? How have you helped manage those? Let us know in the comments below. 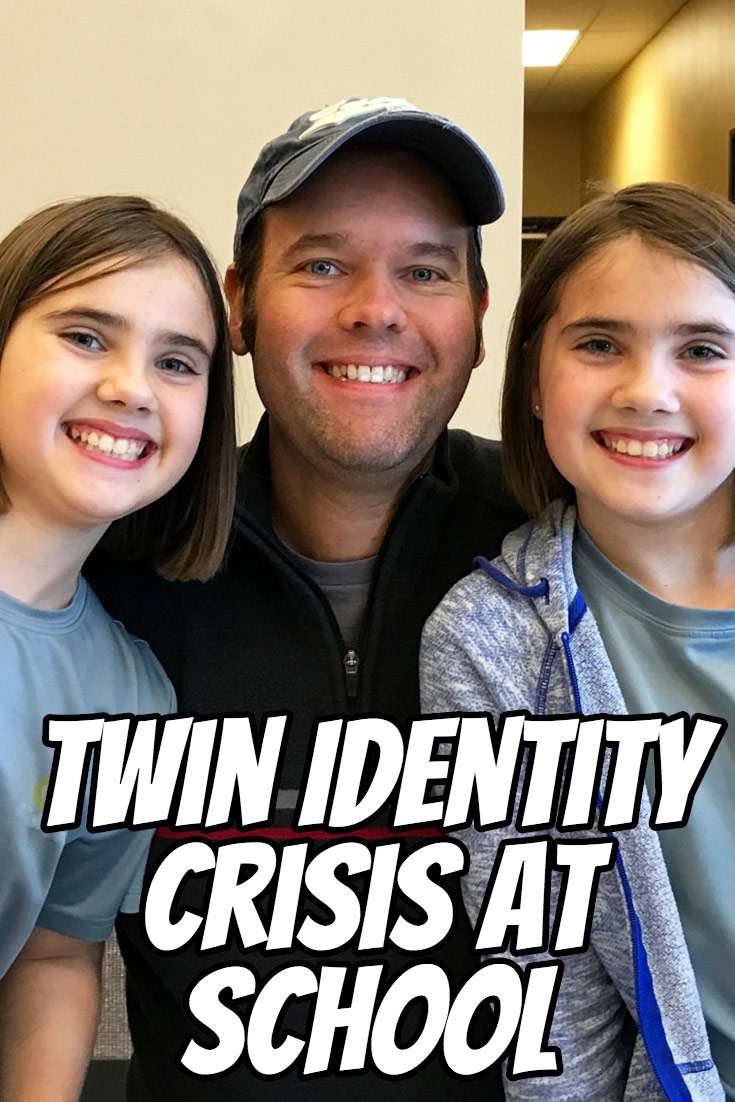