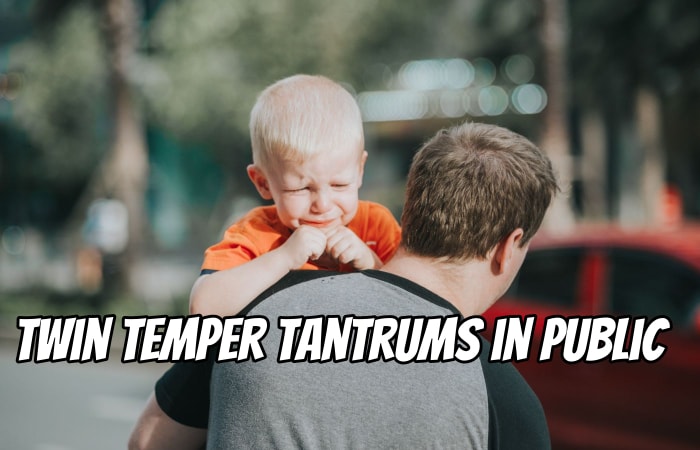 I received this question from Chris. He says, “What do you do when your twins have a total meltdown in the middle of the store?”

I want to give you a few things to consider in handling twin temper tantrums in public. Now, the first priority, of course, as a parent is that you want your twins to stop the meltdown. Here’s how to do that…

But then there’ll be complete strangers around you that don’t have kids, or it’s been so long since they had young kids and they don’t remember this phase, and they may look at you with disdain. You may also be concerned for the safety of your kids in the store. So your first priority is to stop the meltdown.

One way to stop the tantrum is to redirect behavior.

You may distract them with something you brought with you to the store: a toy, a snack, or an alternative activity that they can play.

Just like with stopping whining, redirection works in getting kids away from the meltdown and temper tantrum and focused on something that you want them to do.

Another thing that you can do is reinforce the good behavior that you want to see happen. Even if both twins are having a meltdown in the store, one of them is likely behaving better than the other.

Focus on the good behavior and praise and encourage that and you may see a quick turnaround in both twins.

Sometimes positive reinforcement or redirection doesn’t work, and that’s when you need to make your exit.

It’s okay to abandon your visit to the store and walk out of there with your screaming kids. Sometimes that’s the best thing that you can do.

You may just need to sit with your twins in the car for a little while while they calm down, and then go back in the store and finish your business.

Or things may be so bad that you just need to give up and go home. That has happened to us. That’s happened to many parents like yourself. So don’t feel completely defeated or feel like a horrible parent when this happens to you.

Using your escape plan may just be your best option. And remember, your closest exit may be behind you.

Once your kids are home, they’re calm, and the incident has passed, you need to reinforce the behavior that you do want to see again.

The older your children get, the easier it is for you to carry on a rational conversation with them about past behavior.

You can talk about what happened, what went well, and what did not go well.

You must set expectations of the behavior that needs to happen the next time you’re out in public. This may very well prevent a tantrum from happening in the first place.

I do talk more about the challenges of going out with your twins to stores and in public in chapter nine of my book, Dad’s Guide to Raising Twins: How to Thrive as a Father of Twins. 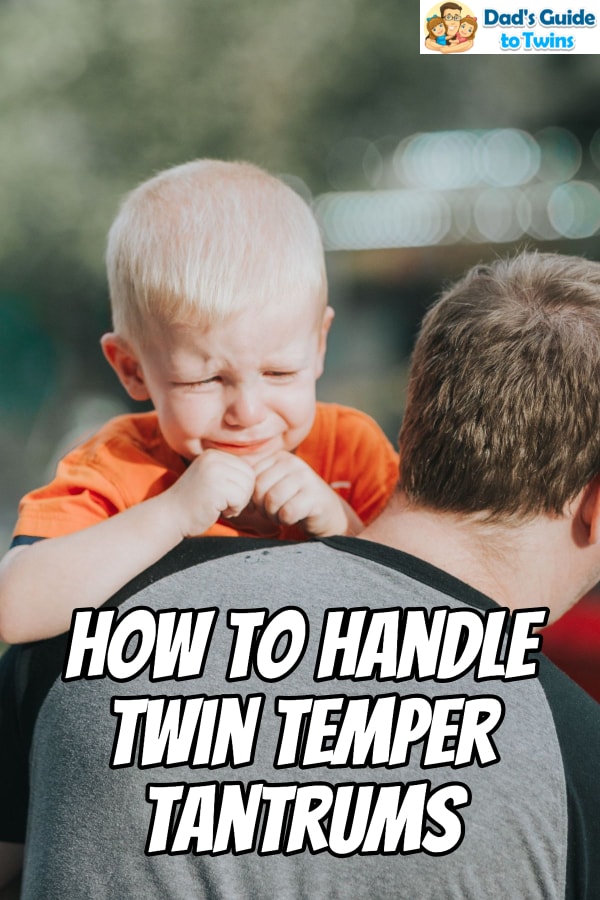 6 thoughts on “How to Handle Twin Temper Tantrums in Public”