As a parent of twins, I’m pretty sure that you know the answer to the question “which twin is older?”

It is, of course, the child that was born first. 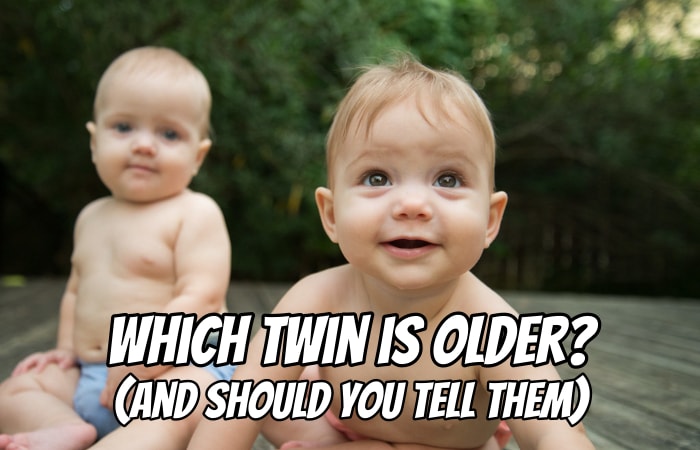 Should you tell your twins which twin is the oldest?

One of your twins is older than the other. But should you tell them who is older?

Even though twins are born on the same day, one of them’s coming out of mom before the other. They could be seconds apart (but more likely a couple of minutes apart), depending on the type of delivery.

Strangers or family or friends will ask, “Which twin is older?” long before your twins ask that question. I share some responses you can give strangers in a moment. But first, what to do with your twins…

Should you tell your twins who is older? We did. We did from an early age, and it hasn’t been a big deal. Now, granted, our girls aren’t teenagers yet, but even with those mischievous toddler years behind us, it hasn’t been a problem. Most twin parents I’ve talked to aren’t afraid to tell their twins which one is older.

Telling Your Twins Who Is Older

When it comes time to tell your twins, consider a few of these things:

It might not even matter to them which twin is older. If they don’t bring it up, maybe you don’t have to bring it up either.

Alternatively, you can bring it up preemptively so that they know, “Well, you were born two minutes before your sister.”

In our situation, one of our identical girls was born two minutes before her sister. And we haven’t really made a big deal about it. They both know who’s the older one and who’s the younger one.

Guess what? Their birth order doesn’t seem to matter.

As a family, we take turns rotating through activities or taking turns for everything. For example, we take turns doing an activity with daddy or simply saying a family prayer. We rotate through all of our kids. There’s no discrimination against the older or the younger child in the mix.

If you as a parent don’t make a big deal about which twin is older and don’t give preferential treatment to one over the other, then your kids will follow a similar pattern. They’ll follow your example. 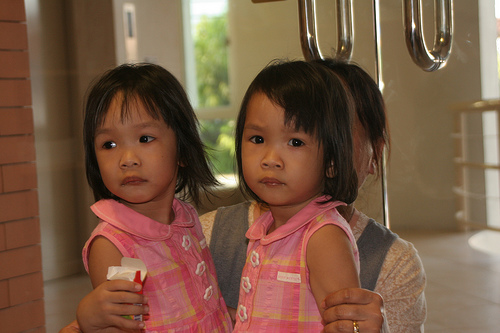 How to Answer the “Which Twin is Older” Question with Strangers

While this may seem obvious to you, determining which twin is older is a source of intrigue for strangers who feel prompted to ask you probing questions.

When you are at the store with the twins, a random person will ask “which one is older?”

Why does this even matter to someone who doesn’t even know my family? Are they hoping to see a difference in an older versus younger child?

Here are some ways you can respond:

“This one” or “she/he is” – this response will likely answer the questioner.

“Hey, they’re twins. They’re the same age. They were born on the same day.”

Alternatively, you could tell a tall tale and stump the person questioning. For example, “this one is two weeks older”. At first, someone would say “OK, that’s nice.” but then be wondering how that is even possible.

Feel like talking for a while? Tell them the Nigerian legend that the oldest twin actually pushes the younger twin out of the womb. So the firstborn is really the youngest.

Answering the “which twin is older” question from strangers is one thing. Fielding the questions from friends, family, or the twins themselves is another story. You should discuss as a couple your approach for answering this question with people you know. You don’t want to be too snarky in your response.

Regardless of which child is older, you must ask yourself if it matters who is the older twin.

In Biblical times, the firstborn got the birthright, the inheritance, and the responsibilities those entailed. That was a big deal. If you were born second, you lost out.

Remember the story of Issac’s twin sons, Jacob and Esau? Esau was older but sold his birthright to his younger brother Jacob for some pottage. Oops. This became a source of conflict for generations to come.

Which of your twins is older? By how much time? Let us know in the comments. 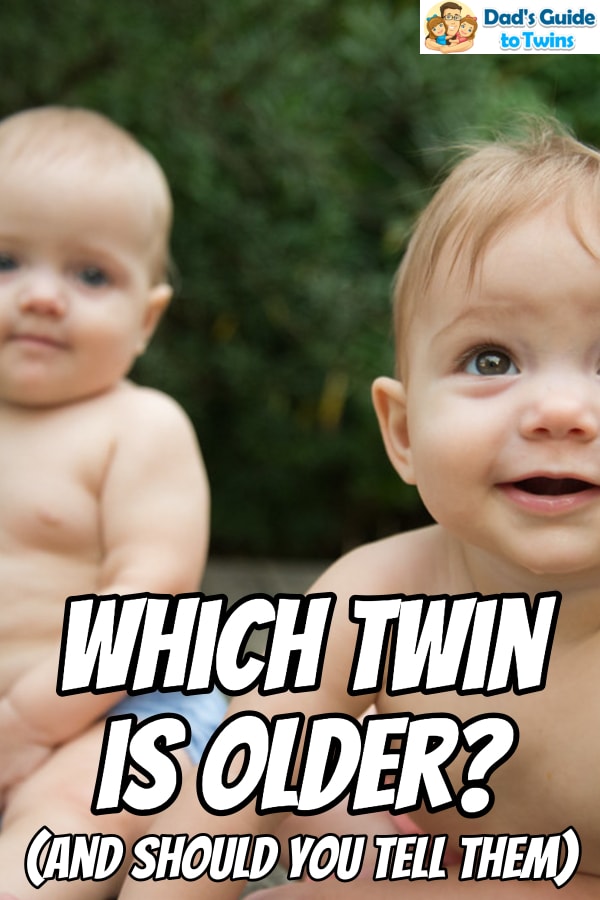 30 thoughts on “Which twin is older? (and should you tell them)”